We congratulate the firm “feld72“ on their 2 prize for the competition entry for the extension and revitalisation of Sargfabrik Atzgersdorf in Vienna.

On the basis of the repurposing of the existing listed rooms of the coffin factory, care has been taken to ensure that no crucial reinforcements would have an effect on the existing buildings and thereby influence the listed structure. For example, for the eastern part of the building, a steel skeleton has been set up in order to divert any additional loads. An equivalent concept has been developed for the northern part of the building. Here, the structural measures focussed on a possible additional storey and upgrading of the existing structure in the front area of the building and a construction method was chosen that would likewise only penetrate the listed building slightly. All planned construction measures can be carried independently of the existing building. 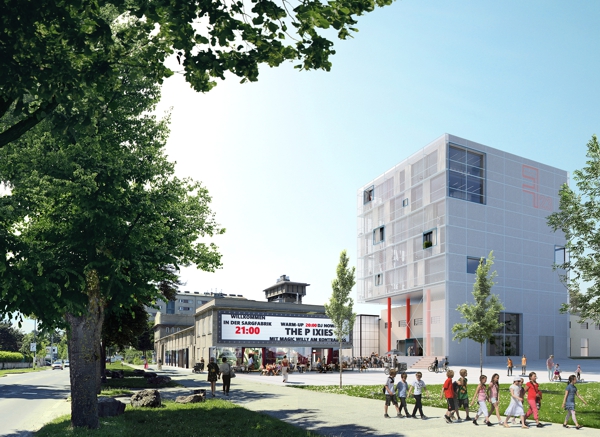